Could John Stuart Mill Have Saved Our Schools?

A fascinating book about instructional methodology and best practice 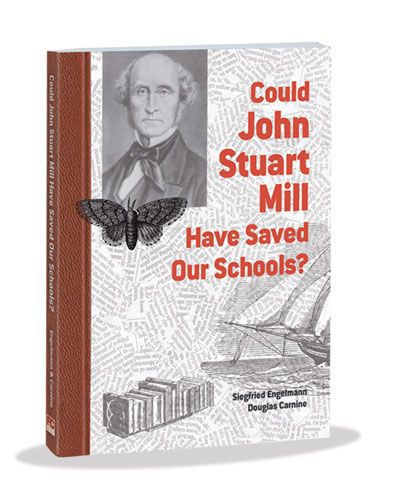 Coauthors Siegfried Engelmann and Douglas Carnine are foundational 20th and 21st century thinkers on the subject of instructional best practices. Engelmann shaped and codified Direct Instruction, the most effective method of teaching reading, math, and other subjects, as validated by more than 100 experimental studies.

Finalist at the International Book Awards in the Education/Academic and Science categories.

The authors' assert if well designed sets of examples and adequate practice are in place, a student's learning can be accelerated. Engelmann and Carnine's view corresponds with John Stuart Mill's System of Logic.

The author's look at John Stuart Mill's 1843 publication, which describes four major templates and aligning them with science. He contended that although his methods could be used to instruct others, his system of logic did not apply to education, but rather to science and science only.

In their book, Engelmann and Carnine take this a step further and apply them to instruction. They even make an argument that Mill's method fits instruction even better. Engelmann and Carnine speculate the great influence Mill's methods could have had on education in the early 20th century, and how these changes could have changed the way teaching is framed today. The authors also take a closer look at John Dewey and demonstrate how his position would have changed if Mill's principles had been applied to education.

Engelmann and Carnine describe that Dewey probably would not have endorsed "look say" or "the sight method" of teaching reading. They also conclude that there probably would have been a closer tie between psychology and education as a science because both have the same goals of changing behavior.

The authors apply Mill's rules to their own work on Direct Instruction and show the importance of combining the logical analysis with empirical data regarding what learners actually learn.

Overall, this book offers numerous examples and historial asides. It suggests an instructional methodology that could have been ours a century ago had Mill included education as a science and not an art. More importantly, it shows that if today's educators adopt instruction consistent with Mill's methods, education could still become a science, and create a dramatic improvement in our schools.