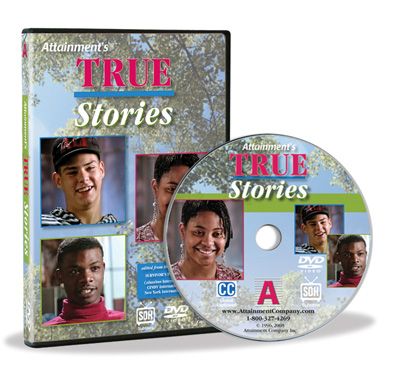 Some kids bounce back from adversity: They survive and thrive despite unthinkable hardships. But how do they do it? And how can they learn to rise above difficult circumstances? True Stories documents three such stories as presented by Dr. Steven Wolin, author and clinical therapist, who developed an interview technique that brings resiliencies to the surface.

As a child, Sean witnessed adult drug and alcohol use and the physical abuse of his mother. By age 12, he was removed from the home and using drugs and alcohol on a regular basis.

James was raised on the mean streets of South Chicago, passed from one relative to another. At age 11 he joined a gang, at 14 his best friend was shot dead in front of him and by 16 he was homeless.

Tanika grew up in poverty with an indifferent single mom and was sexually abused by a family friend. At 16 she moved out, filed emancipation papers, took care of herself and finished school.